Astrology is a divination based upon the idea that information about the future or about a person’s personality can be discovered through the examination of the person’s Natal report and heavenly bodies such as stars, planets, the moon, comets etc.

Astrology is based on the main idea that information about the future or about a person’s personality can be discovered through the examination of heavenly bodies such as stars, planets, the sun, the moon, comets etc.
Astrology means the study that assumes and attempts to interpret the influence of heavenly bodies and stars on human affairs.

The American Heritage Dictionary defined Astrology method as the study of the positions and aspects of celestial bodies in the belief that they have an influence on the course of earthly occurrences and human affairs. The practice of astrology and astronomy was prevalent in the ancient times too. Some of the well-known ancient civilizations of the world used this field extensively.

We know that Ptolemy tried to predict the positions of celestial bodies relative to each other and the earth through knowledge of their orbital motion. During his time, the astrology was a part of astronomy. Later, astronomy became an exact science and Astrology remained a part of Theology and spiritual understanding. Planetary observation is the basis of Astrology as we know it today.

History of Astrology is an important part of modern civilization and goes back to the early days of the human race. Apart from being centers of learning in medicine, Baghdad and Damascus were also known as centers of astrology and astronomy those days. The Arabs were pioneers in astronomy long before the advent of Islam. The Babylonians were the first to name the days of the week after the Sun, Moon, and other planets. They were also the first to set out the twelve houses of the horoscope (that we use it even today).

Egypt was one of the most important places in the development of astrology and mystical understanding. It is thought that some of the astrological signs of the zodiac originated in Egypt culture. Astrology also practiced even in the Vedic times in India.

Astrology is one of the six disciplines of vedanga method. The Hindus believe that human fortune or misfortune in life is due to his/her karma, and karma is believed to be influenced by the movements of the planets. Among the Hindus and Egyptians, Brahmins are considered to be the best authorities on astrology. In Modern India too, astrology is extensively used to determine the future and improve life to millions of people. Astrology is studied and practiced by millions in India and it is regarded as vital in Indian culture. Astrology used to make decisions about marriage, starting of new business, and moving into a new house etc. Ancient Hindu Scriptures too gives a lot of importance to the various aspects of planetary motions and its effects on humans everyday life.

In spite of the geographical isolation, there are many surprising similarities between the western and the Chinese thoughts on astrology. Even though the science of Astronomy and after that astrology started and developed in the east, the west was never without its share of astrology.

Recently, the trend of reading daily horoscopes and yearly forecasts have caught up the western world. Suddenly, the western world has woken up to the possibility of knowing and improving their future using astrology.

More and more westerners have started to learn & believe in the possibility of getting affected by the powerful planets and stars. Western scholars have included the subject of astrology in their researches. Astrology was never scrutinized and researched ever before the way it has been done over the last few years, and it’s keep on developing every year.

The astrologers in India claim that scientific methods shortly will be able to predict the future. They say that they can prove that astrological predictions are indeed scientific. Hindus almost unanimously believe in astrological predictions and it’s abilities to predict the future. In fact, religious Hindus cannot imagine life without Vedic Astrology.

More and more Indians are building their houses according to the principles of Vastu Shashtra. This ancient Indian tradition is also governed by astrological implications (It’s quiet similar to Feng Shui). Hindus believe that the overall prosperity and benefits of the occupants is depend on the Vastu principles while building the house and the using harmony. As said Feng shui is one of the ancient Chinese practice of placement and arrangement of space to achieve harmony with the environment.

Hope you liked the article – please share it with your friends and family and have a wonderful life! 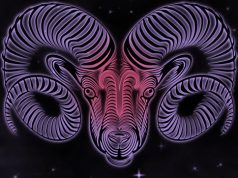 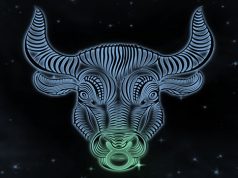 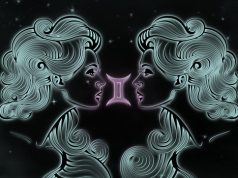