The Chinese astrology is based on the lunar calendar. The Chinese Astrology is different from other cultures, a horoscope is created using the position of the stars and planets for each of the twelve signs of the zodiac based on the year of birth.

Are you confused about the meanings of Chinese astrology and the differences between Chinese Astrology and Western Astrology? Would you like to know more about this 5000 year old Astrology?

Ok, lets start… The first thing we need to know is that the Chinese astrology is based on the lunar calendar. As with astrology from other cultures, the horoscope is created using the position of the stars and planets for each of the twelve signs of the zodiac that based on the year of birth.
The Twelve Chinese Signs are:

Rat
Rats are considered as charming and attractive to the opposite sex. But despite outside appearances, they are restless and this sometimes comes across as aggressiveness situations. Rats usually great with money, and love to pounce on an opportunity. They are also considered as very generous to their friends. They love people and large gatherings and always have others around them. Those who born on the Rat year also run in many intimate circles and like to be involved in everything they can, leading them to sometimes attempt to do too much. The Rats are good writers and speakers, and success comes easily to them.

Ox
Oxen are considered as calm on the surface, but have hidden tempers. They are hard workers and are determined to the point of over stubbornness. However, this makes them one of the most dependable signs on the Zodiac wheel. They are trustworthy as friends, but If they don’t watch out, they may not have much of a social life. They are not very adept at mind games, and can sometimes be led astray in their romance relationships. But once they find someone, they are steadfast and loyal, so if you want to find “the live of your life”, try to find OX men / women.

Tiger
Tigers are considered as energetic and unpredictable. Their wild side leads them to be the center of attention on every occasion. They speak their mind and are always looking for the new party or next great innovation idea. They are also very involved in giving their time and money to good social causes they are passionate about. The Tigers are generous and honest. However, the Tigers are also rebels. They usually seek ideals and will rebel against a society they perceive as being in the wrong. They are very emotional and impulsive, prone to romance as well as jealousy.

Rabbit
Rabbits are considered as gracious and gentle. They adore quiet life and peacefulness, and prefer a good book or good movie over a night on the town. Their sensitivity sometimes can lead to moodiness, but normally rabbits are great at keeping the peace. While they are quiet on the surface, rabbits are good at finding a good deals. They are sweet and can talk people into being on their side of an issue without argument or special difficulties. While they are cautious, they can also be very friendly and inviting once they feel safe and secure.

Dragon
Dragons have the fire inside… They are full of life, and want to live life to the fullest. The Dragons are perfectionists and are extremely demanding of both themselves and others. They intimidate those who disagree with them, although they are very loyal to their friends and family. They can be stubborn, but they will let you know how they feel about it and why. They believe themselves to be strong and lovable, and they strive to motivate everyone to live up to their standards and believes.

Snake
Snakes are considered as mysterious, often charming the opposite sex. They are considered graceful, and tend towards all things grand and cultural. They are private tend to look inward for their self-esteem, and are superstitious about everything that they can’t control. They are not rich, but always have money on hand. Note that Snakes are very jealous when they find a lover, and will turn cold almost on a whim.

Horse
Horses are considered as generally friendly. They love being the center of attention, and will keep others enthralled by their wit. However, those who born on the Horse year have malleable alliances, and will have many short-lived romances and friendships. They enjoy the change, and lead lives full of adventure activities. They don’t like being tied down, and love working out and spending most of the time outdoors. They don’t like sticking to a pre plan, and will often take on too much. Note: They can be impatient with others whom they perceive as moving too slowly.

Sheep
Sheep are considered as peaceful people. They empathize with others pain, and are easy to talk to and reveal the inner soul. They don’t like to rush, and will break under pressure. They do not like harsh words, and love to be led very gently and slowly. While they are considered passive, they are also patient, and generally they eventually get their way. They always remember their friends and families, give thoughtful gifts and attention. They often worry about what others think about them, and tend too spend too much.

Monkeys are considered as intuitive and clever. They are hands-on problem solvers, and self-confidence. They enjoy succeeding at difficult tasks, and you don’t need to be talked into attempting one. The source of their success is their great memory skills. They are considered as hard workers, and don’t care what others think of them. They don’t usually have many friends at all, although their success does attract people to them.

Rooster
Roosters are considered as romantics. Usually they are perfectionists and dreamers, at the same time. Roosters are quick to see detail, they always love a challenge, especially if at first glance it looks impossible. They take great pride in knowing all the details of a subject that interests them, and are thus great debaters too (so, try not to debate them). However, they will never admit to be wrong. The Roosters also tend to step in and try to solve others’ problems, whether or not they have been invited to do so. They like to stay busy always, and will work for whatever they have their eye on.

Dog
Dogs are considered as friendly and are always up front about their feelings. They are very family oriented and are extremely loyal to their friends and colleagues. They will fight for a cause they feel is just even if they know that they are going to lose. They are not comfortable around extravagant wealth, and prefer a loving home and warm family dinner regardless of social status. Once you befriend a dog, they will be by your side for life, no matter what. They are monogamous, and tend to choose their lovers wisely and carefully. They love to work hard and play hard, and know when it is appropriate to be doing one or the other.

Pig
Those who born Pig year love the social life. They have many friends, and tend to stay out of heated discussions and all kinds of debates and disputes. It’s not that they don’t have an opinion – they simply love to party and don’t want to risk ruining the fun and hurt friends. They are considered to be good listeners, but are sometimes gullible and can be taken advantage of easily. This characteristic can sometimes hurt them in relationships. They are 100% trustworthy and dependable, and stick by their friends and they are generous to those they care about.

The Five Elements on Chinese Astrology
There is another layer in Chinese astrology that is less well known than the Chinese signs. Chinese astrologers use a 60 year cycles, made up of five sets of the twelve signs. The five repetitions of the signs each correspond to a different natural element, adding more intricacy to the animal.

The five elements that the Chinese Astrology use are: Metal, Water, Wood, Fire, and Earth element.

In Chinese astrology, the elements are part of a cycle, one is not higher or better than another and all elements are equal. In fact, they have a cyclical relationship (like the Yin Yang), both in positive and negative ways, so that:
The Water makes Wood
The Wood makes Fire
The Fire makes Earth
The Earth makes Metal
The Metal makes Water

And the opposite:
The Water destroys Fire
The Fire destroys Metal
The Metal destroys Wood
The Wood destroys Earth
The Earth destroys Water

In addition, sometimes they can be openly aggressive and hostile:
The Water resists Fire
The Fire resists Metal
The Metal resists Wood
The Wood resists Earth
The Earth resists Water

So now you know the basics of the Chinese Astrology. Enjoy exploring more about your Chinese sign! 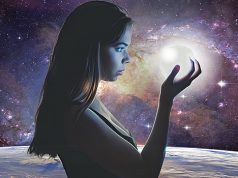 The history of astrology and horoscopes 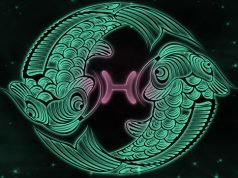